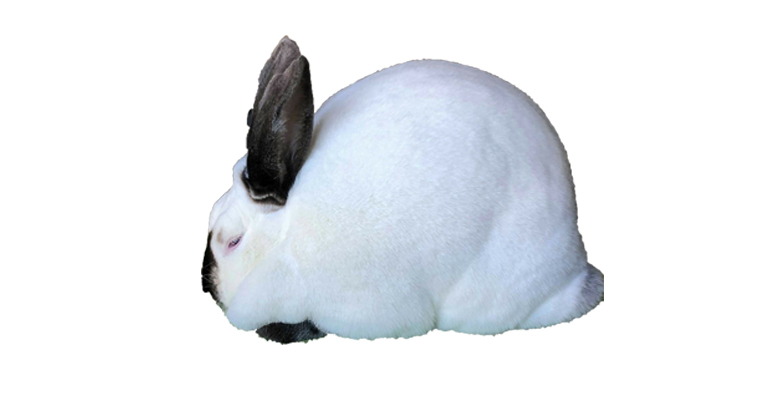 Californian rabbits were developed by George West, of Southern California, in the 1920’s. They were developed with the desired goal of producing a good meat and fur breed. To accomplish this, he relied on his experience as a pre-veterinarian, as well as his genetic training and knowledge. He began by crossed Standard Chinchilla’s with Himilayan’s.

By doing this, he was able to combine the size and fur qualities of the Standard Chin with the markings of the Himilayan, and then further cleaned up the details by breeding the kits of those crossings to New Zealand White rabbits.

After several years of work, the Californian rabbits were first shown in 1928, then had their first appearance at an ARBA Convention in 1932. However, it was not until 1939 that the ARBA were awarded a working Standard of Perfection.


What is a Californian rabbit?

Californians are a commercial type of domesticated commercial breed, mostly used for meat production. They are muscular, with wide shoulders and deep hindquarters. They are most easily recognized by their white body and head, red eyes, and black-ish points on their ears, nose, tail, and feet. Californian’s are also available with “pointed” colors in chocolate, lilac, and blue. Additionally, Californian’s are friendly, calm rabbits that enjoy human companionship, and they typically make excellent mothers.

How do I care for my Californian rabbit?

Weekly grooming is usually all Californian’s need, but when they are molting a bit more time with brushing may be needed to keep them looking sharp. Oddly, however, the markings of this breed are “temperature sensitive”. In warm weather, their points tend to lighten up and in cold weather, they darken. One trick that breeders living in warm climates do is to keep their Californian herd in chilled or air conditioned areas. The average size of cages used for this breed is 30 x 30, or 30 x 36 for does with liters. Free feeding hay is helpful, in addition to rabbit-safe vegetables, plus high quality pellets and fresh clean water. 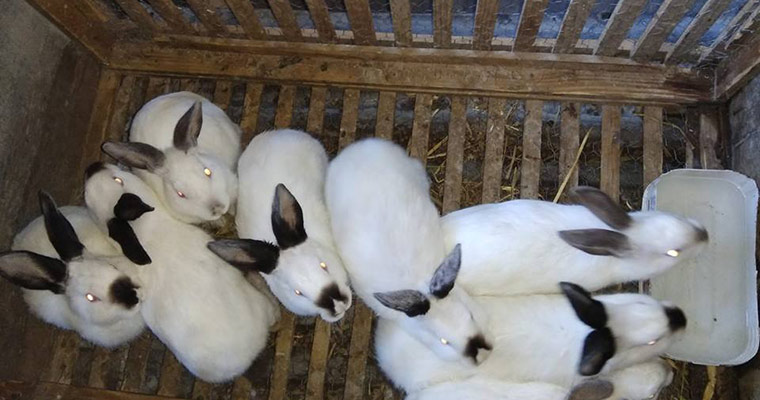 Is my Californian show quality?

When choosing a Californian for showing, you would want to choose those with very firm flesh condition, and medium length body that is as deep as it is wide, but narrows slightly from the shoulder back to the rear end. Desired ears will be straight and fully erect, and there should not be any stray spots or color-markings. Heads should be in good proportion to body size and their eyes are only to be ruby in color. However, Californians with narrow midsection or hindquarters, or a pinched muzzle should be avoided as being picked for showing.