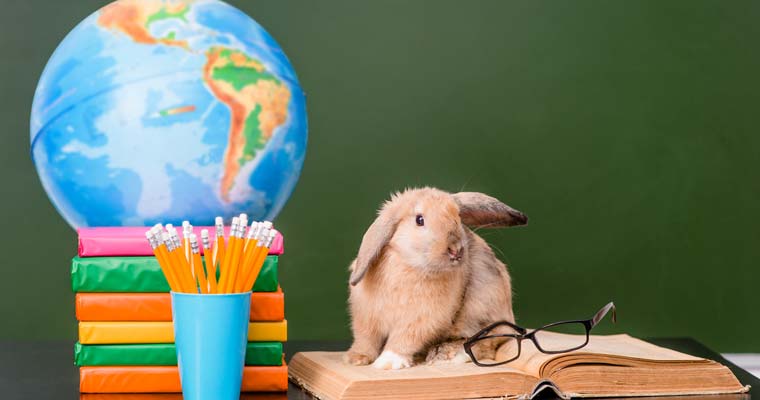 Let’s have a look at the History of Rabbits!

The first suggested evidence of rabbits is recorded as being in the 1100-BC, originating from an Iberian Peninsula, and being imported into Spain. Furthermore, there is notable mention of Romans having imported rabbits into Britain. However, respectfully, the French Monks are noted as the originators of the first known domesticated rabbits, in the 5th Century, which are known today as a breed called Champagne D’Argents.

The species we now call rabbits, were termed as Conies (pronounced as “Cunnies”), and their babies were known as rabbits (which today we term as being kits), in the 12th Century, which were imported into England by the Normans.  Additionally, the term ‘bunny’ originated after the on-set of the 18th Century.   For the following 900 years, rabbits (as we will continue to refer to them) were used for meat and fur purposes.  Due to their ability to quickly reproduce and with their small size being perfect for one meal without waste- as refrigeration was not available then; rabbits were considered a great asset for anyone to have.

Even though rabbit numbers began to dramatically increase in the 1700’s, it wasn’t until the 1900’s that the species’ population really boomed. During this time, in British regions, they were not only deemed as food and fur producers, but to some they were well known as being pests which destroyed massive amounts of farmers’ crops. Coincidentally, also during the 1900’s, the domesticated rabbit popularity also sky rocketed.  In the UK, rabbits are the 3rd most popular pet. Furthermore, the Belgian Hare was the first domesticated rabbit in the USA; and now is one of the more rare breeds in the States.